We value our staff very much. We are always working to provide a cozy, relaxed working environment for all staff.

As part of my welfare program, from the night of December 21, 2018, I went on a trip to Nagano prefecture, which is known as the roof of Japan, with all staff in Japan.

As part of my welfare program, from the night of December 21, 2018, I went on a trip to Nagano prefecture, which is known as the roof of Japan, with all staff in Japan.

When I moved about 9 hours by bus from Tokyo, a beautiful view of Nagano Prefecture appeared. It was so wonderful that I could touch the snow for the first time in my life. It was a strange feeling that I was able to go to a mysterious place that was my dream since I was little.

After checking in at the hotel, we headed to Happo Ski Resort with enthusiastic instructors to enjoy skiing.

Our first skiing experience made us feel like children and were overwhelmed by the snow-covered white mountains. I think it has been romantic and very beautiful and has impressed many travelers.

At the top of the mountain, a ski instructor explained how to use the snowboard, how to stop it, and how to stand up when it fell down.

All the staff members worked hard for about 30 minutes, but all of them fell down and it was very interesting. After many falls, I finally learned how to ski.

All the staff were tired, but it was a lot of fun to spend time in the snowy mountains.

After arriving at the hotel, I went to a hot spring.

At the hotel, we prepared a delicious pork hot pot called “Shabu-shabu” which is popular in winter in Japan. In Japanese, fresh ingredients representing the season were valued rather than seasoning.

After the meal we talked over a glass of wine at a small bar near the hotel. The time we spent was a wonderful trip to remember.

The next morning, several people took part in a snowy mountain tour, and the rest took a walk along the snowy road with our president. Everyone has had a great time.

Time flew so fast, but it was an unforgettable and memorable tour for us. 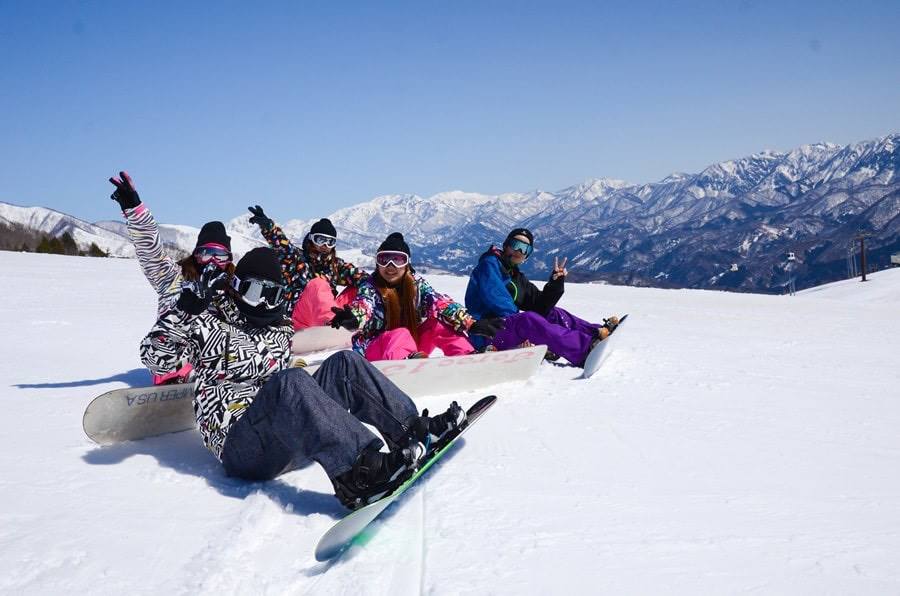 I hope that I will have a chance to spend time again with all the staff on the next tour!